Is Java Really Helpful For Your Business?

by Mobeen Ahmed
in Tech
0 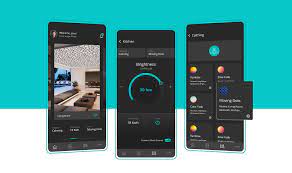 Companies are unsure about which programming language is ideal for their processes as a result of the fourth industrial revolution and the acceleration of digital transformation over the past year. It can be intimidating to choose a strong and capable programming language that stands out above the others in the face of so many rivals and new low-code/no-code offerings.

The good news is that, in the midst of this fiercely competitive ecosystem, there is a protagonist that, year after year, has managed to change and improve in order to keep its position as a market leader. Because it is among the top three most popular programming languages, organizations have a strong need for the top Java programmers on the market.

The Ultimate Guide to the iMac Pro i7 4K: Power and Performance Redefined

The Rise of Autodesk SaaS: Navigating the Future of Design and Engineering Software with a $1 Billion Valuation

The object-oriented, class-based, general-purpose programming language Java was once created to have fewer implementation requirements. It is an application development platform for computers. Java is consequently quick, safe, and trustworthy. Java’s syntax and principles get derived from the C and C++ languages. The portability of Java is a key benefit while creating applications. It is commonly used to create Java applications for smartphones, game consoles, laptops, data centers, and other devices.

In contrast, the Java Platform is a group of applications that aid in the effective development and operation of Java programming applications. It has a compiler, an execution engine, and a number of libraries.

How Do Java Works?

A software platform and a programming language are both parts of the technology known as Java. The Java Development Kit (JDK), which is available for Windows, macOS, and Linux, must download in order to construct an application using the Java programming language. Hire Java programmers to create programs, which are then converted into Java bytecode (the instruction set for the Java Virtual Machine, or JVM), which is a component of the Java runtime environment, via a compiler (JRE).

Java bytecode runs anywhere since it executes unaltered on any platform that supports JVMs. The JVM, Java API, and an entire development environment make up the Java software platform. The Java bytecode runs by the JVM.

Java is a robust language, which is a trustworthy language. As a result of its design, which prioritizes error detection as early as possible, the Java compiler is able to identify mistakes that are difficult for other programming languages to spot. Garbage collection, exception handling, and memory allocation are the three main components of Java that provide it robustness.

The JVM then executes the bytecode that the compiler produced after converting the source code to bytes. This means that if we develop a program on Windows, we can run it on Linux, and vice versa. This bytecode can run on any platform, including Windows, Linux, and macOS. Although each operating system uses a separate JVM, after the bytecode gets executed, all operating systems yield the same results.

Because it lacks sophisticated features like pointers, operator overloading, multiple inheritances, and explicit memory allocation, Java is one of the simpler programming languages. (even angularjs works the same way; hire angularjs developers to know more)

Java offers multithreading capability. It is a Java feature that enables the simultaneous execution of two or more software components for optimal CPU efficiency.

The Java community is the oldest and has the most active members worldwide of all the software development communities. Java comes with a sizable number of base features that get utilized right away, and it also makes a sizable amount of ready-to-use third-party code available to businesses and independent developers.

The Java community is unbreakable because it is an Open-Source platform and has millions of programmers worldwide who, through the years, have encountered challenges and resolved issues in various devices, uses, and markets. The usefulness of this material remains unsurpassed for Java students, whether they are employees of your business or you personally.

Java operates without stuttering in a distributed, heterogeneous environment. This architecture’s neutrality is only conceivable because of Java bytecodes, namely because of Java compilers. Even once, the bytecode can execute flawlessly on any platform if it gets converted into code.

10] Execution in the Sandbox

With the aid of a bytecode validator, Java programs run in a distinct environment that enables users to run their apps without affecting the underlying system. The bytecode validator, whose function it is to examine the code for access violations, also adds an extra layer of protection. 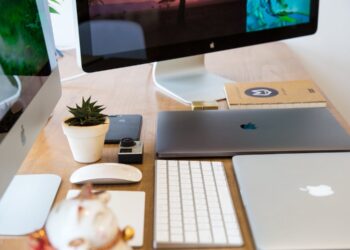 The Ultimate Guide to the iMac Pro i7 4K: Power and Performance Redefined

The iMac Pro i7 4K is the latest and most powerful addition to Apple's all-in-one computer line-up. This machine is...

The Rise of Autodesk SaaS: Navigating the Future of Design and Engineering Software with a $1 Billion Valuation

Autodesk, a leader in design and engineering software, has made a significant impact on the industry with its shift towards...

Nowadays, it's challenging to find a website that doesn't have a blog section. Many companies now just buy a WordPress... 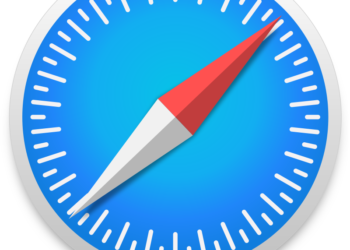 iOS Safari AsianBinderMashable: An Overview of Its Features and Benefits

iOS Safari AsianBinderMashable is a unique and powerful browser app for iOS devices that makes it easy to browse the...

How to Increase Sales for your Online Cosmetics Business?